The Honour and The Privilege 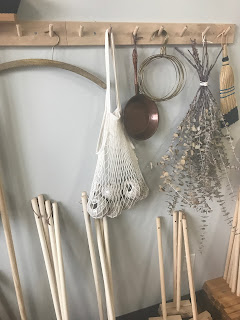 It is my honour and privilege to share an unpublished poem by the incomparable author Chancellor Payne. I hope you enjoy it as much as I do.

The Honour and The Privilege

I've never made the winning touchdown
or scored the goal to win it all.
I've never won the gruelling race
or been awarded Olympic medals to fill my wall.

I've never slain the fearsome dragon
or saved the damsel in distress.
I've never been the charming prince of fairy tales
or the gallant knight whose courage was no less.

My eyes they do not sparkle
and my hair it does not shine.
My features are not the dreams of sculptors
Nor a genius is my mind.

And if this universe holds one constant,
I have learned it tried and true:
There will always be another
a bit faster, a bit stronger and a bit smarter than you.

Of all the souls to journey
of all those past, present and yet to be,
no soul will hold the honour
and the privilege of being ME.

So choose the doors forbidden.
Take the paths they say are wrong.
Dare to make your destiny.
Dance the rhythm of your heart's song.

For if this universe holds one constant,
I have learned it tried and true:
No soul will hold the honour
and the privilege of being YOU.

July 05, 2018
I t was a conversation with my doctor, years ago, that first peaked my curiousity about the risk vs. the reward of sun exposure. As I confided in him about the onset of depressive symptoms he asked if they got worse in the wintertime?    I practically rolled my eyes at him. I had heard about Seasonal Affective Disorder in my psychology classes, and was certain my symptoms warranted a more serious diagnosis than something called SAD! Still, I agreed that maybe it was possible that I had become more depressed nearing the latter part of winter. But if this was true, I thought, what could possibly be the explanation? Was it because of the shorter, darker days? More time spent inside because of the extreme cold we experience in Canada? What did all these variables have in common? First, A Few Facts Ultraviolet Radiation (UVR) is part of the light spectrum that makes it from our favourite star in the sky to the rock we call home. UVR is comprised of 3 main types of UV rays; UVA,
2 comments
Read more

September 25, 2017
So you've watched the secret, or read about the law of attraction? You hear people talking about manifesting and making their dreams come true.  You think, hey if they can do it, so can I! Your biggest desire comes to mind and you set off on the path to bring it into your life. You cut out pictures of your dream car, you put it on your bulletin board and on the bathroom mirror. You start picturing yourself in your new car everyday and the desire becomes stronger. After a month your new car still hasn't arrived. You start wishing harder, more often. You're starting to wonder how your new car is going to come to you. The lottery? A raise at work? You start getting frustrated, feeling a little foolish and maybe even angry. You decide this new age stuff is a bunch of junk and you tear down the pictures from your wall, embarrassed you ever bought into the hype. I thought the more energy I put into wanting something, the more I thought about how I was going to get it, th
2 comments
Read more

December 06, 2017
The best advice I’ve ever been given: “Get as happy as you can, as often as you can.” One of biggest roadblocks of my journey came in the form of the elusive alignment requirement.  The word alignment was popping up all over the place.  Let’s start with the basics. What is Alignment? The definition of Alignment can vary from teacher to teacher. Some, as with Eckhart Tolle, see Alignment as being mentally situated in the present moment. Alignment comes when we are not dwelling on the past or anticipating/worrying about the future.  Mindful meditation is a great exercise to train your brain to slow down and focus on the present. A student of mine combats the stress of university by practicing Yoga. She shared with me that the only time she could slow her brain down and relax was during Yoga class. I immediately recognized this as her Alignment practice! Yoga allowed her to be present not focus on the past or future. However, one should not simply restrict thi
Post a Comment
Read more

April 09, 2018
*excuse the pun ;) Many have now discovered when they eat is just as (maybe more so...) important as what they eat. Fasting is no longer a terrible f word met with tsk tsk noises and warnings about slowing metabolisms. In fact, I was just at a market this weekend  and when offered samples I would let them know I couldn’t partake because I was fasting, I was astonished at the amount of people who also fasted or had a story about someone else’s fasting success.  Fasting is the quickest way to reduce insulin levels and your body weight set point. Bye bye buddha belly. Studies also point to fasting potentially for longevity enhancement . In fact, longevity improvements are seen with intermittent fasting even without caloric  reduction. Fasting can also cause a reduction in   inflammation.  Inflammation is bad for the joints, the heart, your waist line and can even play a role in cancer and depression.  So how can we see all these great benefits from fasting and yet no
2 comments
Read more

May 02, 2018
The flow you experience when you are in Alignment is addicting. You’re feeling fantastic, everything seems to be going your way, life’s difficulties feel temporary and you’re motivated to fix them without complaint.   But life requires contrast and as a consequence, once you’ve experienced the magic of being in Alignment, it becomes very frustrating when you’re out and can’t seem to get back in. Your usual get happy tricks aren’t working. Netflix is boring, you’re sick of the music on your playlist, it’s too cold to go for a walk and even a piece of your favourite chocolate just ain’t cutting it today. Here are my top three tricks to get you back into Alignment. Accept it (without judgement) This is number one for a reason. It’s one of the most powerful tools you can use when you’re feeling those negative emotions that are keeping you down. It can also be one of the most difficult steps to take. The good news is that once you start practicing acceptance on a r
Post a Comment
Read more