Selfish or Selfless? What’s your motivation? 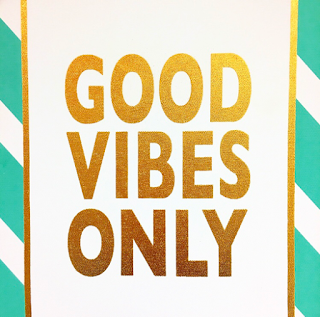 Last night my friend was very upset. One of her staff members had called in sick for the next morning. She herself had a very busy day of meetings and an overwhelming backlog of work to complete. It was close to midnight and she had exhausted all her possible options to fill the shift. She told me she was going to have to go into work for 7am to fill the busy part of the shift herself and her final meeting would be at 6pm. She would have to put in a 12 hour day right after having to work through her weekend due to throwing her staff a holiday party and having to attend a day long training session on her usual days off. She was holding back tears; exhausted.

My friend is the hardest working person I know. While I have admired her tenacity at work for years, I have also seen the emotional and physical toll it takes on her.

I began to walk the fine line a best friend in this situation has to walk. Being a sympathetic ear while trying to get her to see the situation from a less emotional point of view.

I asked her why was it was so important that she go in and work the shift?

She replied that she didn’t want to disappoint the staff and leave them hanging when she knew it was going to be a busy shift for them.

This got me thinking about a YouTube talk I had just watched by Joe Dispenza.

5 types of Motivation
Highest to lowest (Selfless to selfish)

1.Purpose motivation
Duty Motivation
Mission Motivation
(To have a vision of the future to change the world; something bigger than you)

2.Personal conviction motivation
Self-starter Motivation
Entrepreneurial motivation
(When you do something because you said you were going to do it)

The higher motivations experience the lower motivations by default.  For example, those who are purpose based have strong personal and ethical conviction. They will often experience acclaim and material wealth even though they are not focused on those goals as motivation. It simply flows downstream naturally.

I asked my friend which motivation she felt most influencing her decision to put her job first. She chose duty motivation. She felt responsible for her employees workload and the guests satisfaction. Being properly staffed helps provide high guest satisfaction as well as ensuring her staff did not feel unprepared for what was likely going to be a busy shift she explained to me.

Although she was feeling overwhelmed by her other work commitments, she was having a difficult time figuring out a solution that did not have her overworked and without the energy to perform her primary duties. We decided (well I decided and then convinced her) that this was the perfect time to try a resistant breaking exercise I had suggested to her a few weeks earlier.

The exercise consists of taking her to-do list and splitting it up into two column. What must get done ASAP and what she would like the universe to do for her. It is typically recommended to actually physically write these lists out but my friend was suffering from a time scarcity mentality so I felt just saying the ‘universe to-do’ list out loud was enough. She picked two things to give to the universe as tasks.  She would not go in early the next morning and she would trust in the universe to make the morning go smoothly for her staff and guests. She was also lacking the time and creative energy to come up drink features for the month. She mused over the notion that maybe her staff would be able to come up with some interesting ideas for the drink menu. After the exercise she texted her staff to give them a heads up about the absent employee and explained she wouldn’t be able to help out and why. Then she went to bed.

In the morning she saw a text that told her not to worry, that they would be fine and that she should make sure she got her sleep. It is my belief that because her motivation at work is so often on the high side of the selflessness scale that her employees understand how hard she works to make sure they are prepared and well staffed for busy days. If she was simply working out of ego or money motivation, it is likely that her staff would not be so understanding of her not coming in to fill the shift.  They would be able to see if she was the kind of boss that was motivated by selfish reasons as most employees do. They would resent her decision but instead she found they supported her.

And yes, near the end of her day, she was pleasantly surprised that her drink features were sorted out and ready to be put on the menu due to a collaborative effort of her staff. The universe came through yet again!

My friends situation reminded me of how having the right motivation effects not only what you reap but how others will catch on if you have selfless vs selfish motivations.

And it’s always nice to be reminded:
The universe has your back, you just have to remember to ask!

July 05, 2018
I t was a conversation with my doctor, years ago, that first peaked my curiousity about the risk vs. the reward of sun exposure. As I confided in him about the onset of depressive symptoms he asked if they got worse in the wintertime?    I practically rolled my eyes at him. I had heard about Seasonal Affective Disorder in my psychology classes, and was certain my symptoms warranted a more serious diagnosis than something called SAD! Still, I agreed that maybe it was possible that I had become more depressed nearing the latter part of winter. But if this was true, I thought, what could possibly be the explanation? Was it because of the shorter, darker days? More time spent inside because of the extreme cold we experience in Canada? What did all these variables have in common? First, A Few Facts Ultraviolet Radiation (UVR) is part of the light spectrum that makes it from our favourite star in the sky to the rock we call home. UVR is comprised of 3 main types of UV rays; UVA,
2 comments
Read more

September 25, 2017
So you've watched the secret, or read about the law of attraction? You hear people talking about manifesting and making their dreams come true.  You think, hey if they can do it, so can I! Your biggest desire comes to mind and you set off on the path to bring it into your life. You cut out pictures of your dream car, you put it on your bulletin board and on the bathroom mirror. You start picturing yourself in your new car everyday and the desire becomes stronger. After a month your new car still hasn't arrived. You start wishing harder, more often. You're starting to wonder how your new car is going to come to you. The lottery? A raise at work? You start getting frustrated, feeling a little foolish and maybe even angry. You decide this new age stuff is a bunch of junk and you tear down the pictures from your wall, embarrassed you ever bought into the hype. I thought the more energy I put into wanting something, the more I thought about how I was going to get it, th
2 comments
Read more

December 06, 2017
The best advice I’ve ever been given: “Get as happy as you can, as often as you can.” One of biggest roadblocks of my journey came in the form of the elusive alignment requirement.  The word alignment was popping up all over the place.  Let’s start with the basics. What is Alignment? The definition of Alignment can vary from teacher to teacher. Some, as with Eckhart Tolle, see Alignment as being mentally situated in the present moment. Alignment comes when we are not dwelling on the past or anticipating/worrying about the future.  Mindful meditation is a great exercise to train your brain to slow down and focus on the present. A student of mine combats the stress of university by practicing Yoga. She shared with me that the only time she could slow her brain down and relax was during Yoga class. I immediately recognized this as her Alignment practice! Yoga allowed her to be present not focus on the past or future. However, one should not simply restrict thi
Post a Comment
Read more

April 09, 2018
*excuse the pun ;) Many have now discovered when they eat is just as (maybe more so...) important as what they eat. Fasting is no longer a terrible f word met with tsk tsk noises and warnings about slowing metabolisms. In fact, I was just at a market this weekend  and when offered samples I would let them know I couldn’t partake because I was fasting, I was astonished at the amount of people who also fasted or had a story about someone else’s fasting success.  Fasting is the quickest way to reduce insulin levels and your body weight set point. Bye bye buddha belly. Studies also point to fasting potentially for longevity enhancement . In fact, longevity improvements are seen with intermittent fasting even without caloric  reduction. Fasting can also cause a reduction in   inflammation.  Inflammation is bad for the joints, the heart, your waist line and can even play a role in cancer and depression.  So how can we see all these great benefits from fasting and yet no
2 comments
Read more

May 02, 2018
The flow you experience when you are in Alignment is addicting. You’re feeling fantastic, everything seems to be going your way, life’s difficulties feel temporary and you’re motivated to fix them without complaint.   But life requires contrast and as a consequence, once you’ve experienced the magic of being in Alignment, it becomes very frustrating when you’re out and can’t seem to get back in. Your usual get happy tricks aren’t working. Netflix is boring, you’re sick of the music on your playlist, it’s too cold to go for a walk and even a piece of your favourite chocolate just ain’t cutting it today. Here are my top three tricks to get you back into Alignment. Accept it (without judgement) This is number one for a reason. It’s one of the most powerful tools you can use when you’re feeling those negative emotions that are keeping you down. It can also be one of the most difficult steps to take. The good news is that once you start practicing acceptance on a r
Post a Comment
Read more